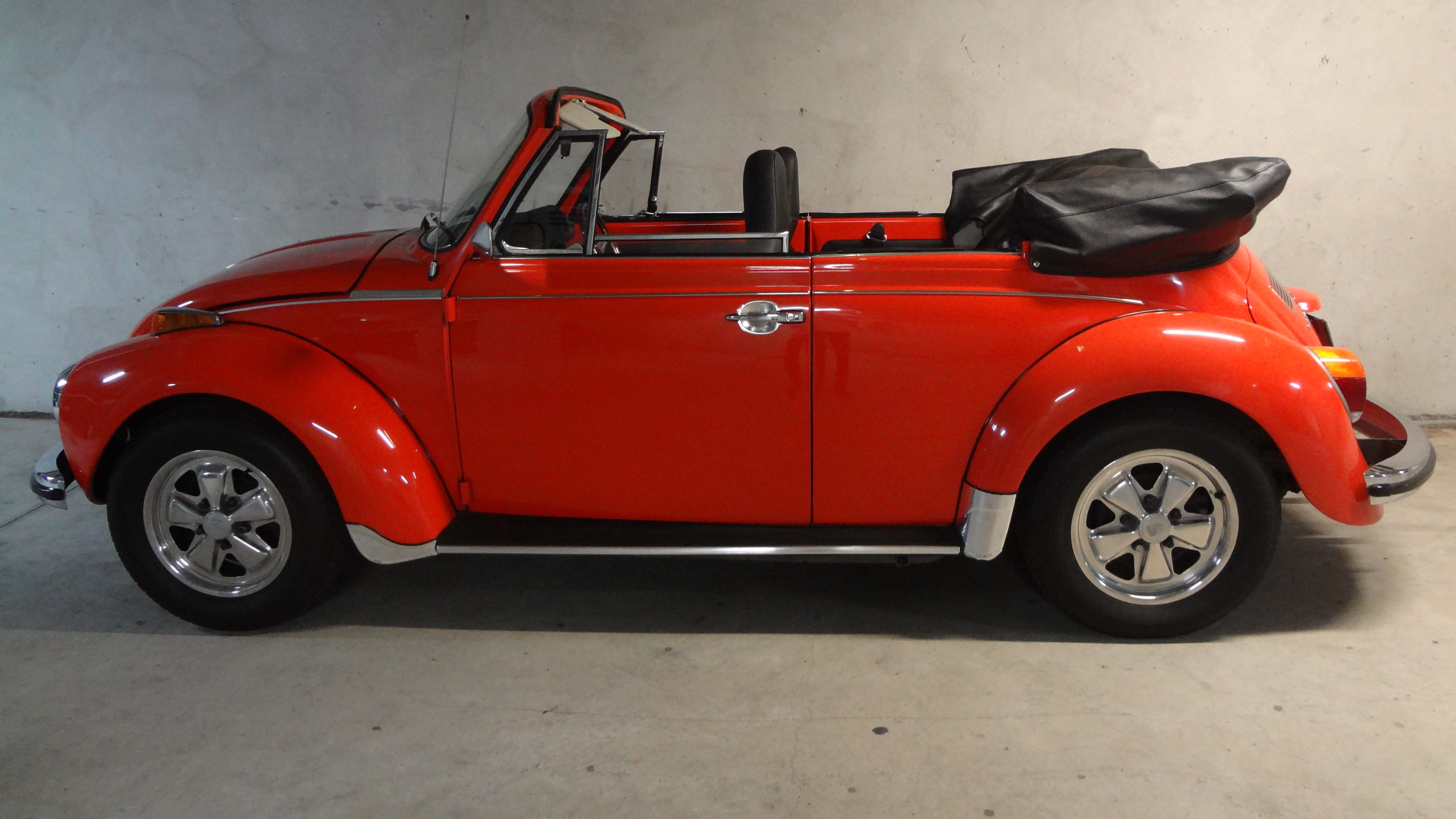 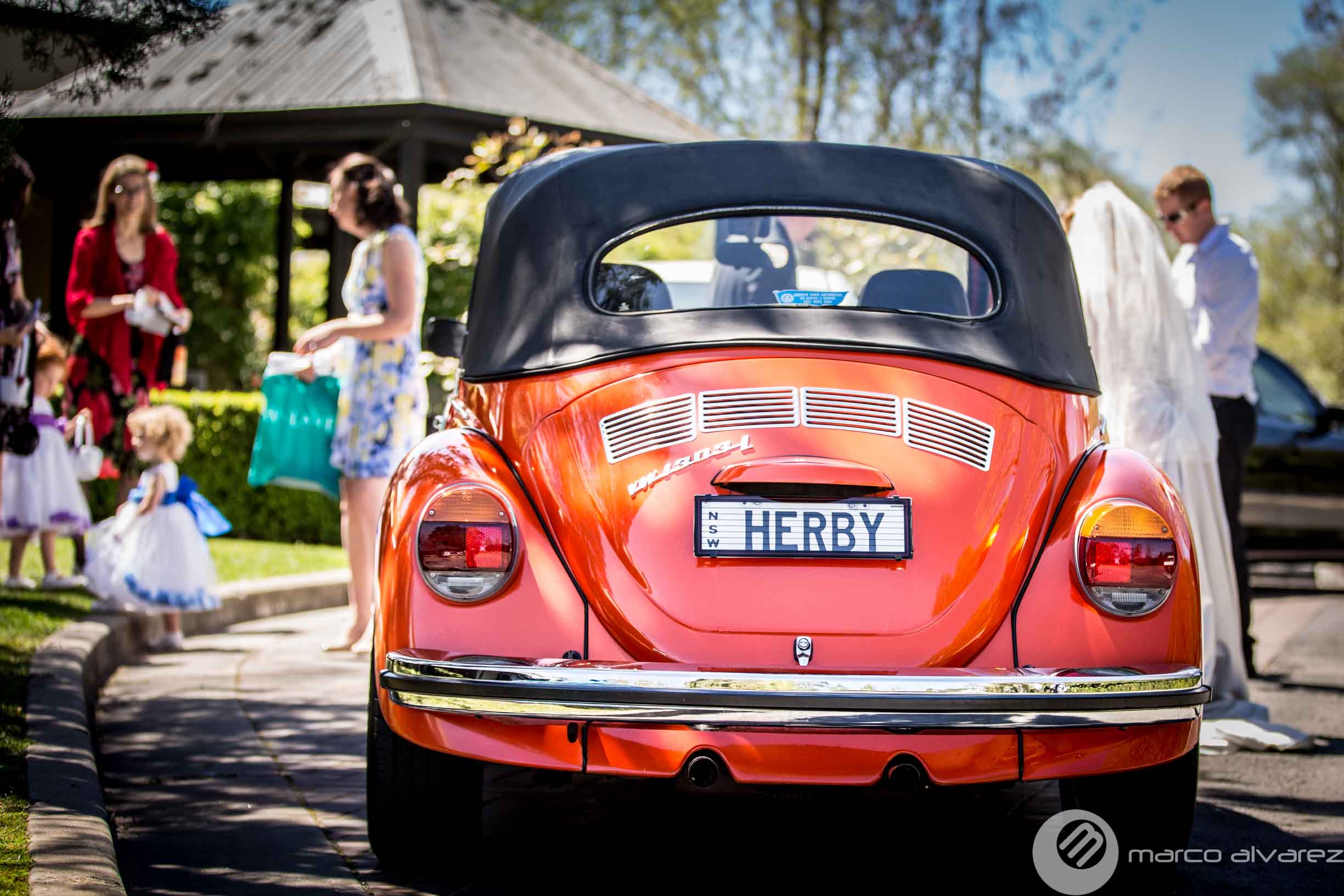 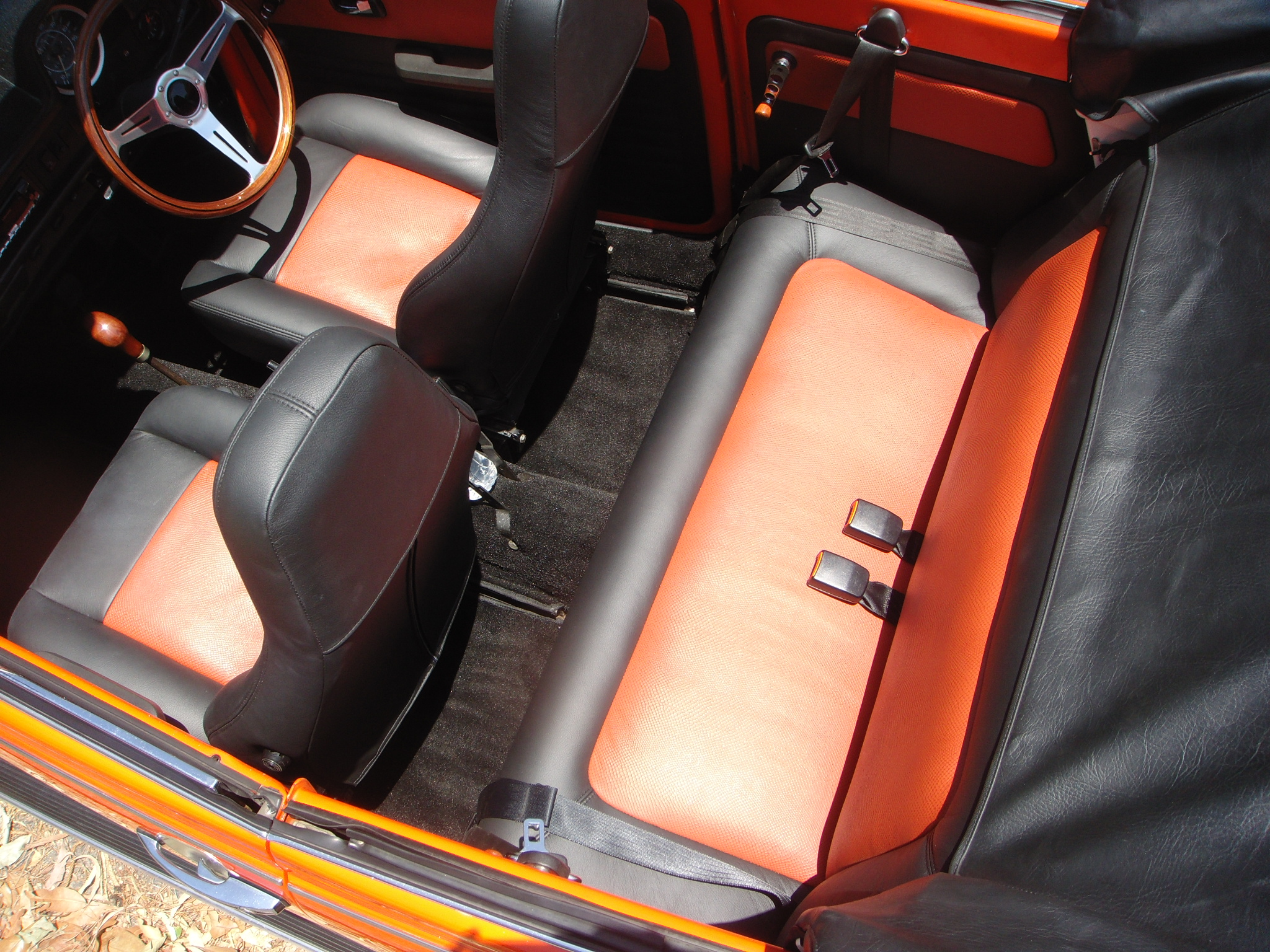 Herby is a ‘phoenix-red’ 1973 VW 1303 Super-Beetle Cabriolet, (convertible). Actually, the Phoenix red colour formulation was only used on very few Beetles between 1973 and 1976. Herby has the genuine ‘Karmann’ badge, which signifies the cars production in the famous Karmann factory. The roof is the original vinyl soft-top, with full glass back window and original top boot leather cover. 1973 was also the first year for Beetles to feature large round tail-lights and a curved windscreen.

Like all Beetles, Herby is definitely a character with his own personality; though he is that extra bit special. With a fully re-conditioned engine, you will have an ultra smooth ride in a car that oozes charisma and good vibes.  Herby has also been equipped with a pristine sound system so you can groove away as you travel to your wedding and/or reception.