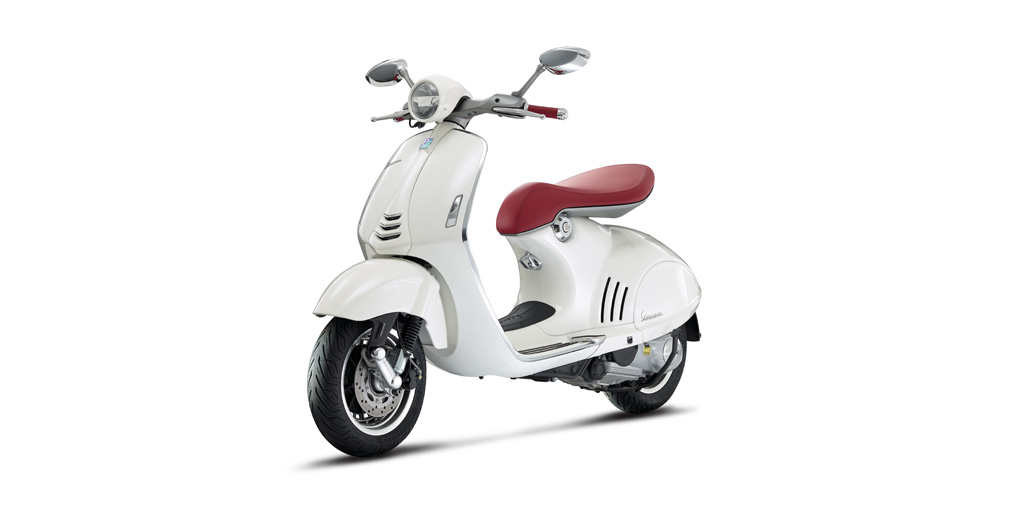 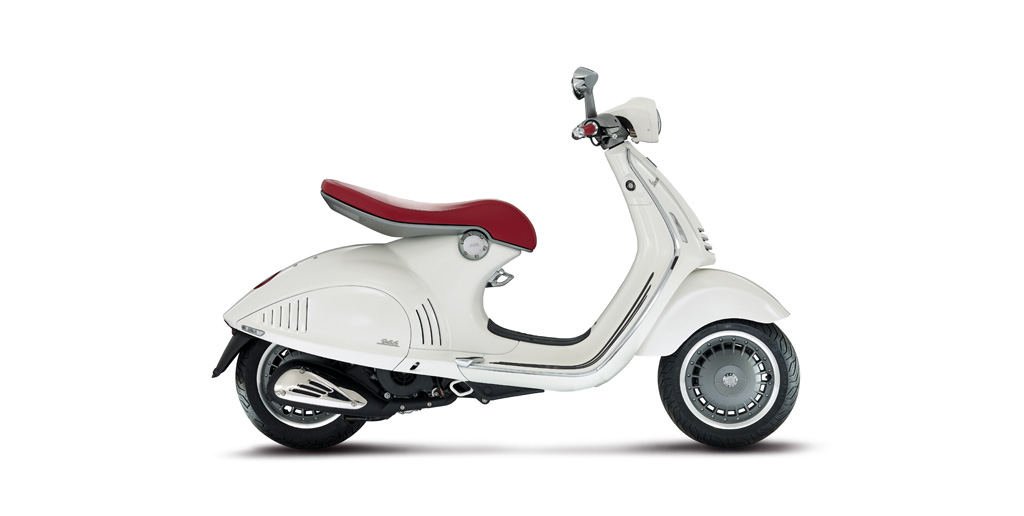 Evocative of Vespa’s prototype MP6 of 1946, the 946 was not originally intended for production, but only to showcase the new injected engine for other Vespa models. However, an overwhelmingly enthusiastic reception for the stunning concept vehicle at the Milan Salon resulted in Vespa designing a production model that debuted in very limited numbers in 2013. The Vespa 946 is more rolling artwork than scooter and, while the hand-built model continued in subsequent years, only the 2013 “Ricordo Italiano” models retain the glorious one-piece, hand-stitched, cantilevered two-person saddle. Utterly unique, the Vespa 946 is a chic addition to any movie set or advertising piece.