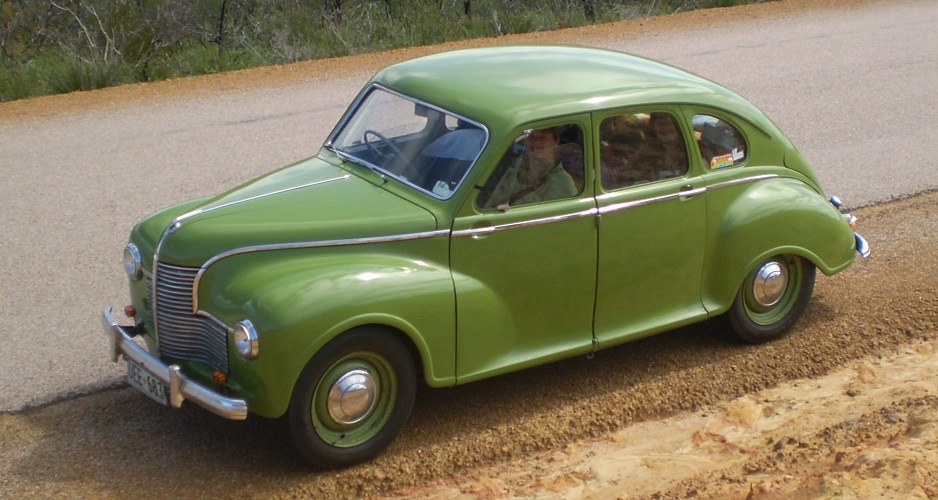 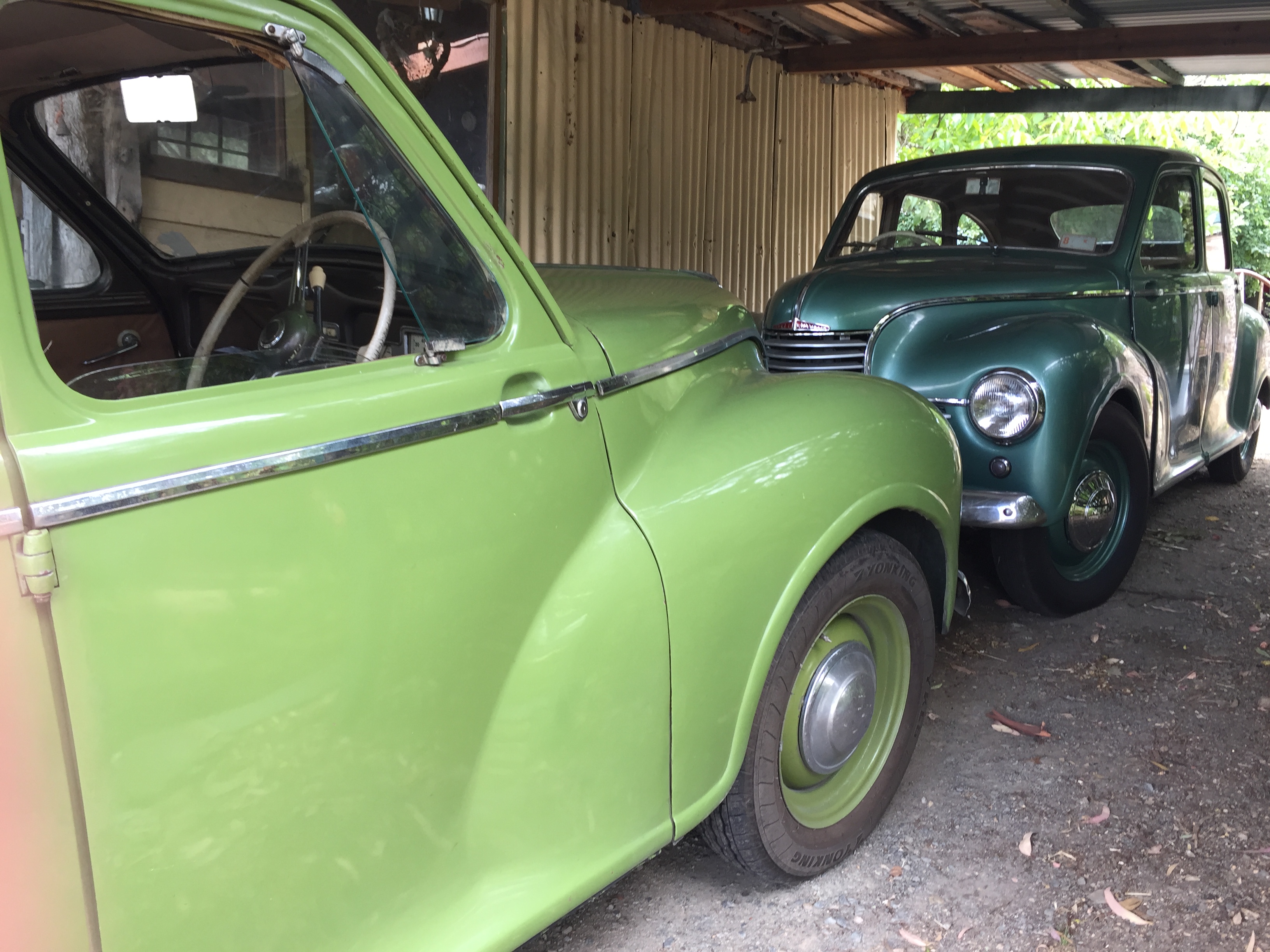 Bubble Bubble is a 1949 standard Jowett Javelin.
Bubble Bubble is painted in its original colour and original paint is preserved inside the doors, engine bay and parts of the boot.
Bubble Bubble has probably travelled half a million miles and has been driven all across the country over the past 38 years.
The interior is original and quite rough. Has radial tyres fitted bat can install narrow cross-ply tyres if needed.
Registered as SA Alpha-numeric plates UEE 683 since 1985 but was originally 508-385.
Inside each hubcap is the name of the original owner John Mclean from Goolwa. When we drove the car to Goolwa in 1986 John came up to us and reunited with his car in an instant, telling us a heap of stories about its history, such as a 44 Gallon drum which fell of a truck, striking the passenger mudguard and bouncing down the side of the car damaging every panel.
Has the earlier hydro mechanical brakes so drivers must be aware of this and know to brake earlier and push the brakes harder than in the later Javelins and Jupiters.