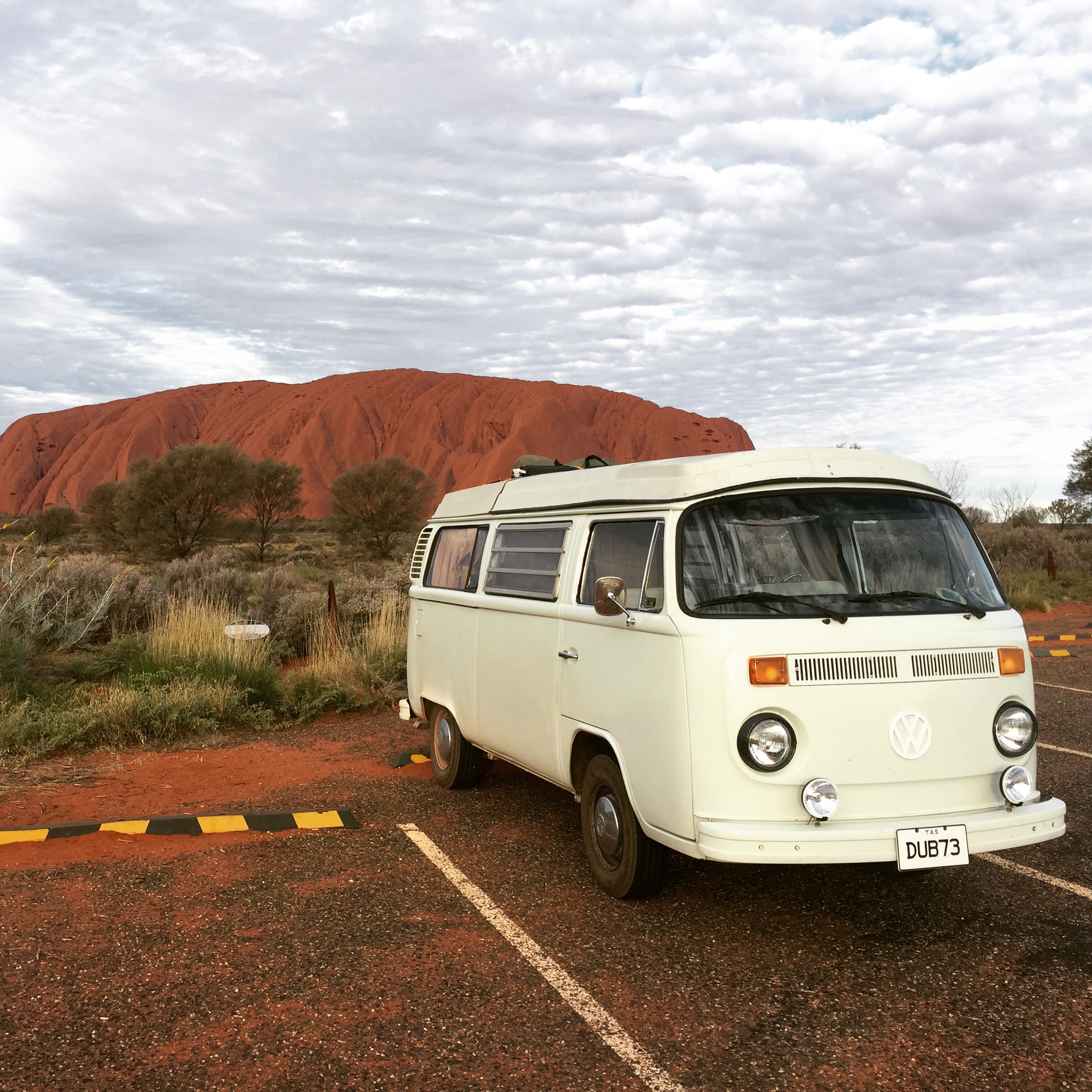 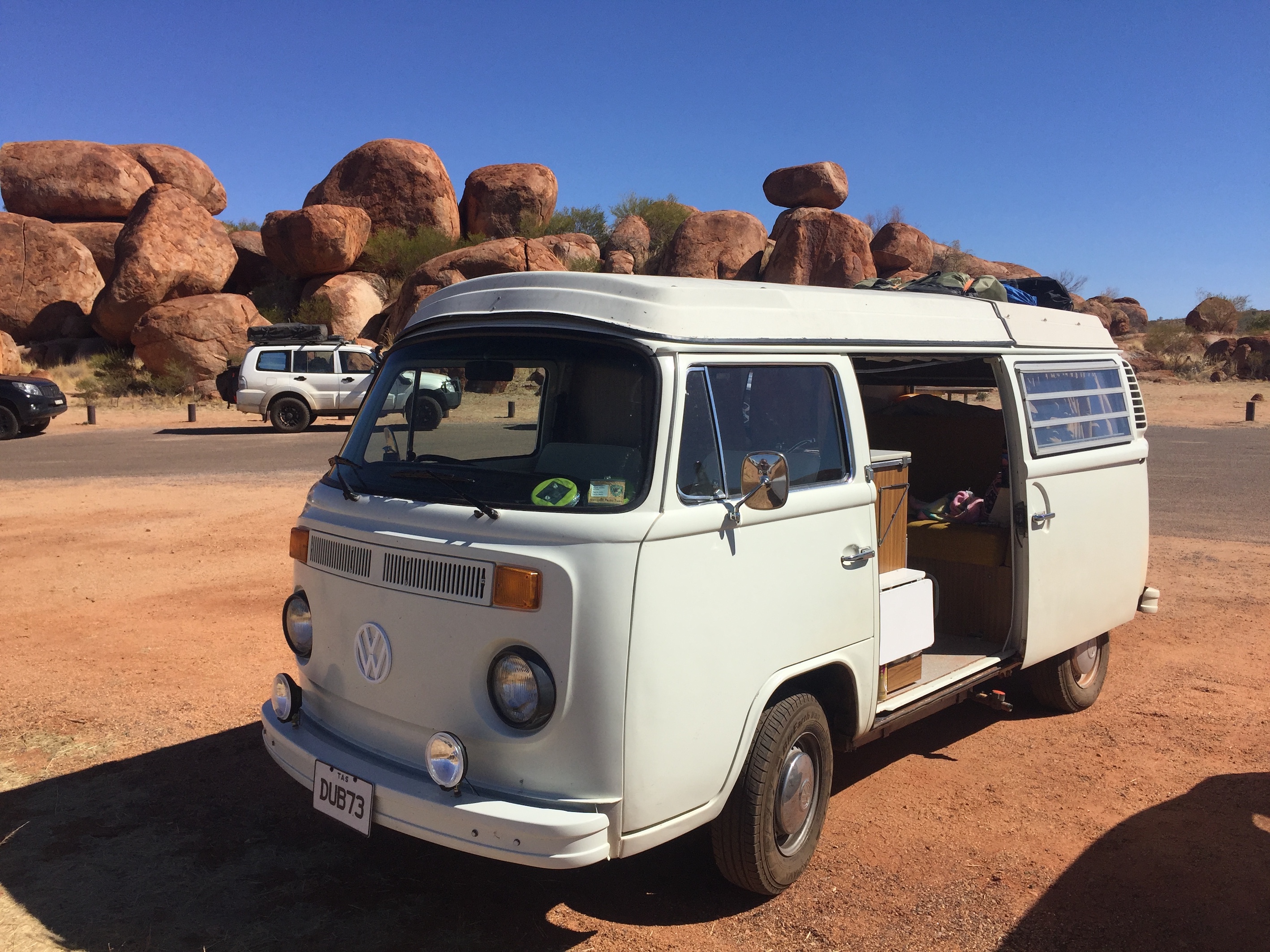 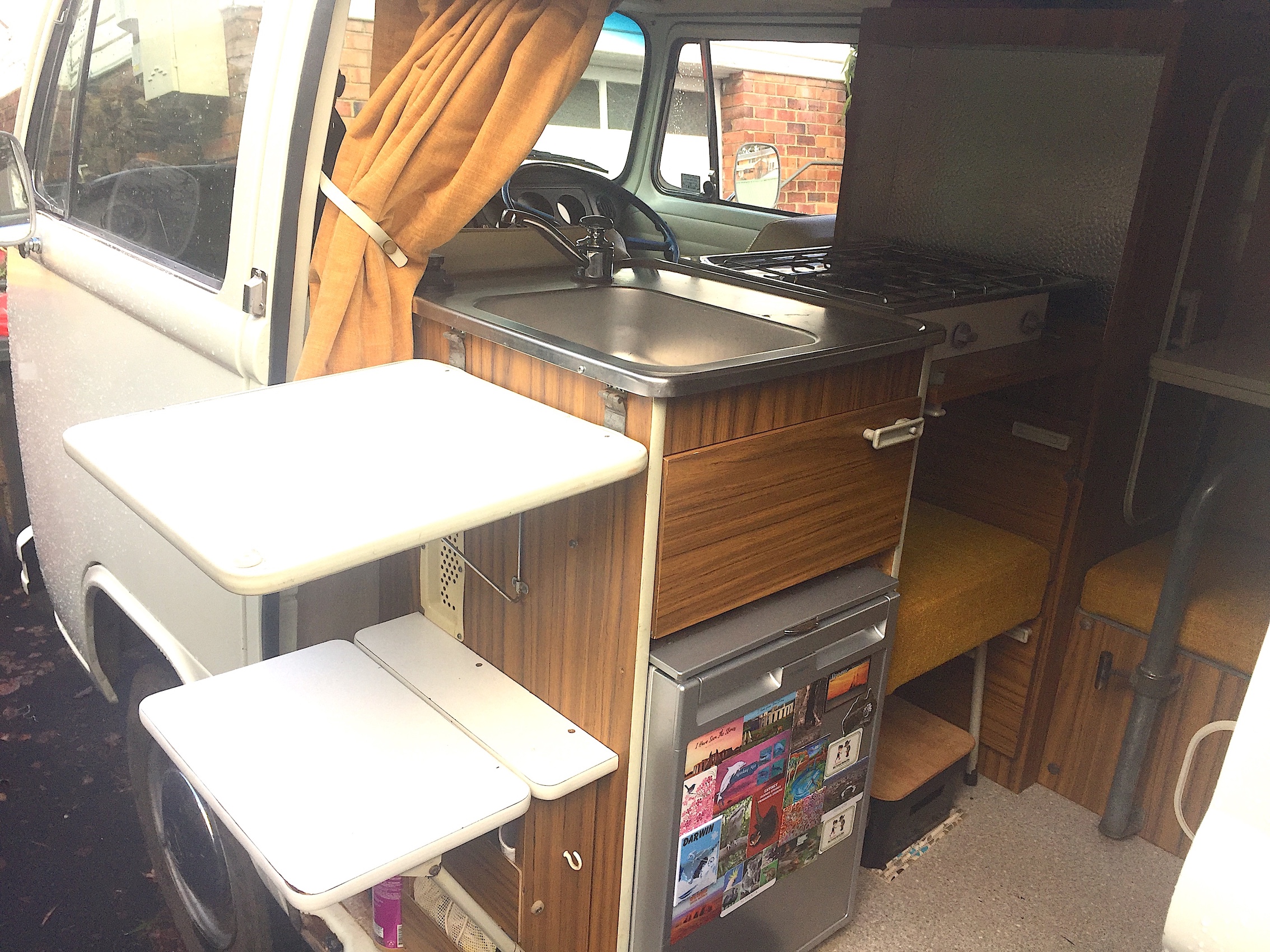 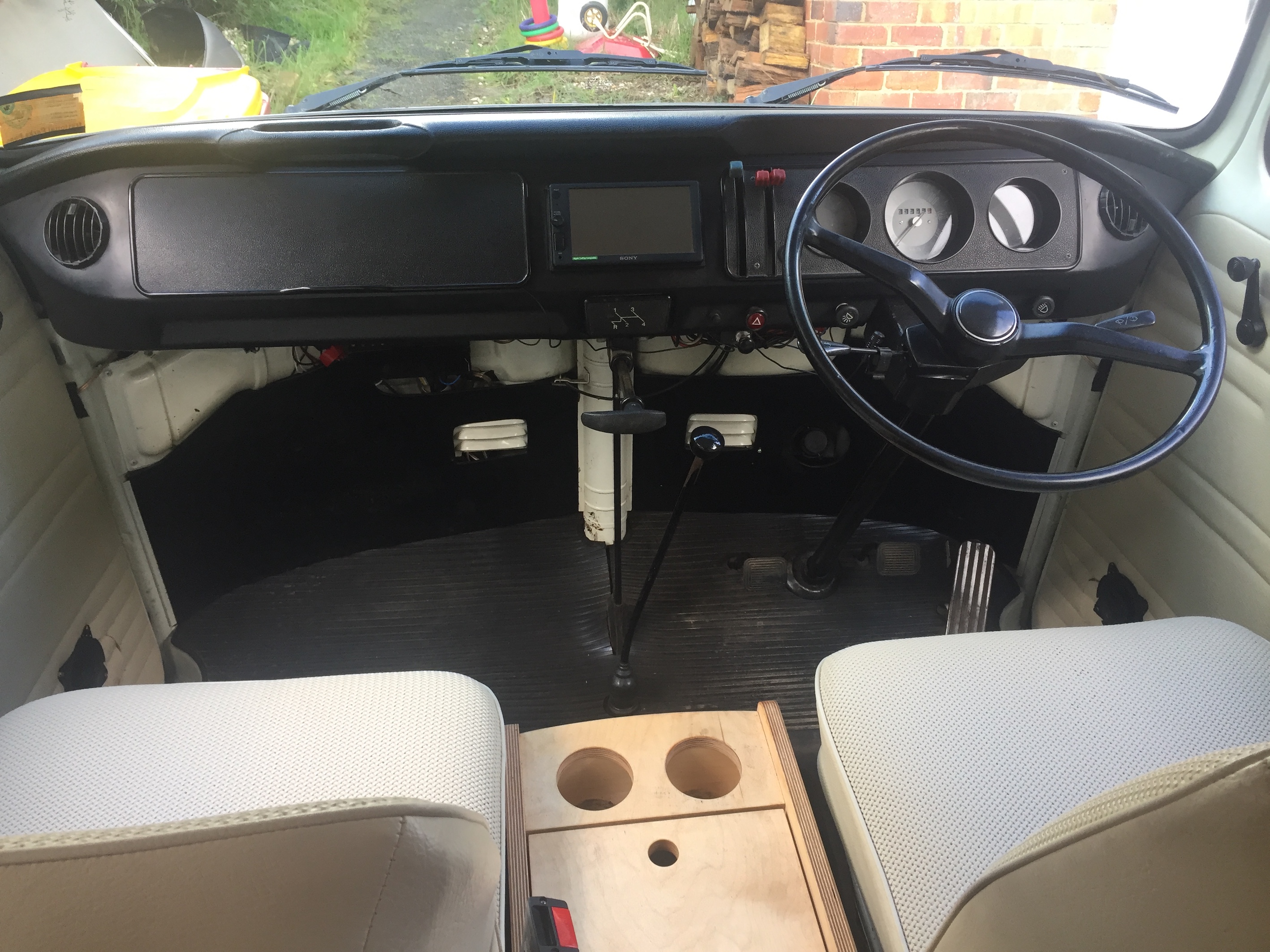 This is Dubdub, a 1973 German-built Vokswagen Westfalia Campmobile (Kombi). The van was bought new from the Westfalia factory in Germany, and lived in and driven around Europe by the owners for over a year. Brought back to Australia, it has remained in the same family ever since, and is now owned by the original owners’ son and his family.

The van has a fibreglass poptop which lifts on an angle and contains a bed. We still retain the original orange annexe tent, with its blue striped door, which joins to the side sliding door of the van.

Dubdub is in restored but not concourse condition, with re-upholstered original front seats and door cards, new vinyl flooring, and original camper fit-out including fold-out stove.