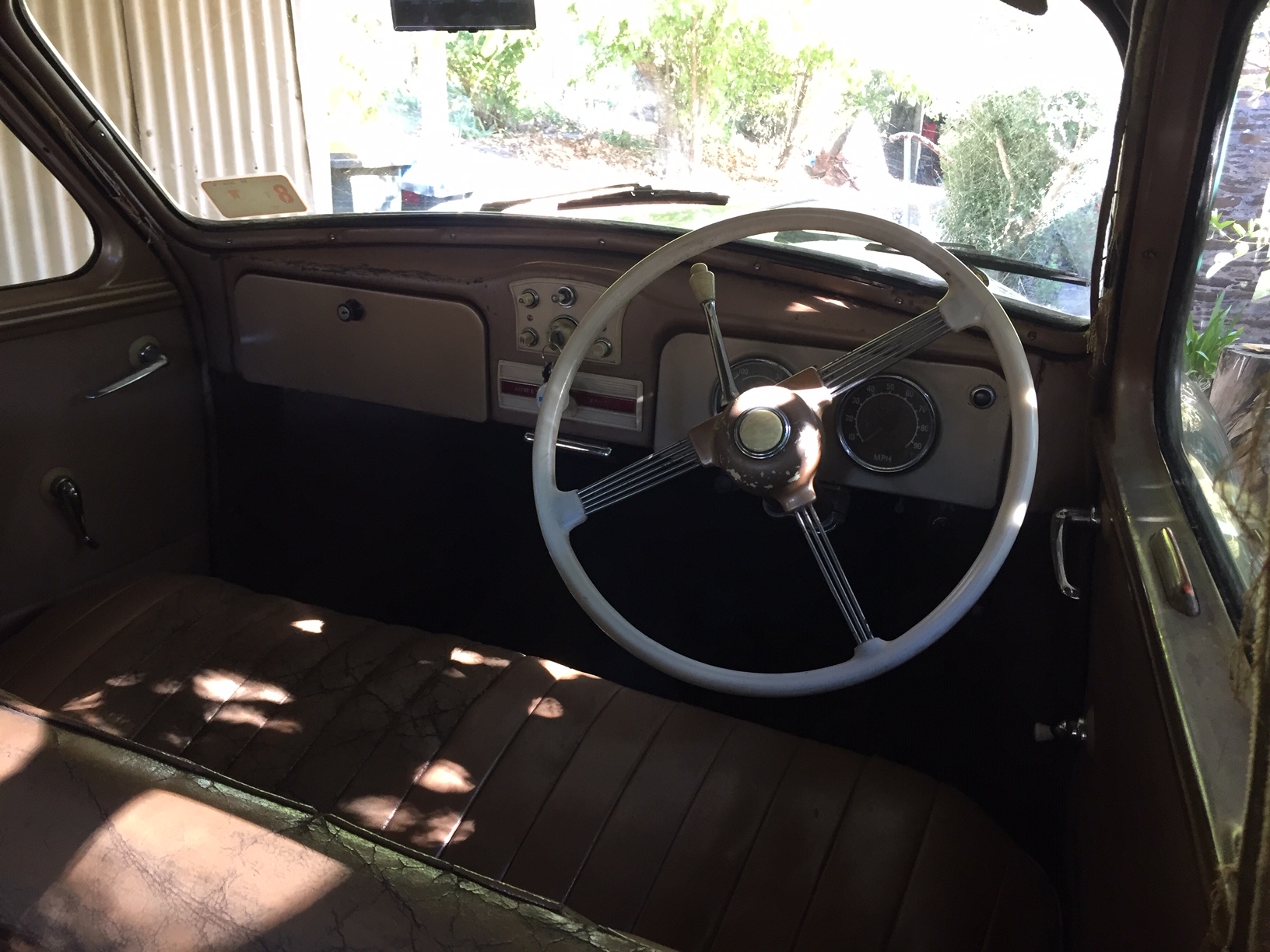 This is an Australian Assembled Jowett Javelin named ‘Christopher’, assembled by Martin & King Melbourne, in 1952.
It was my Grandfather’s car from around 1960 to 1963 and was then sold out of the family until rediscovered in 2012.
The car has been carefully restored to its original British Racing Green Metallic colour, whilst preserving the original paint under the hood and in the boot. The leather seats have been repaired but are 80% original leather. The hood lining and internal door skins are original.
Everything in the engine bay is correct down to the radiator hose wire clamps. The engine PE 111 matches the ID plate JKD E2 PE 111 (JKD stands for Jowett Knock Down). From the outside, the only thing different are two rear indicator lamps on stalks that could be folded down. Christopher’s penguin arm trafficators work.
Car was driven from Adelaide to Beechworth and return in April 2022.
Car has 1960 series SA number plates RAB 340 but was originally registered with SA Numeric Plate 123-210