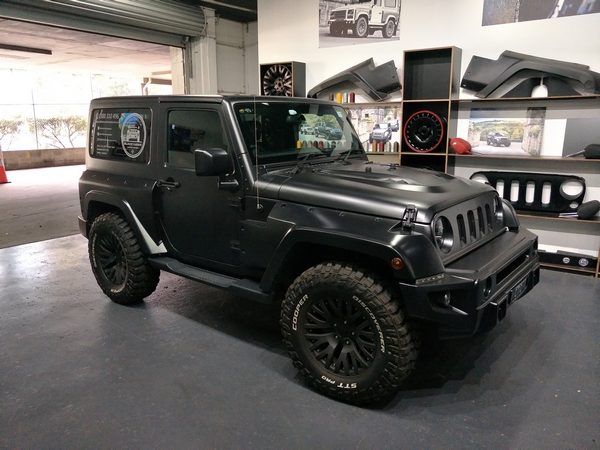 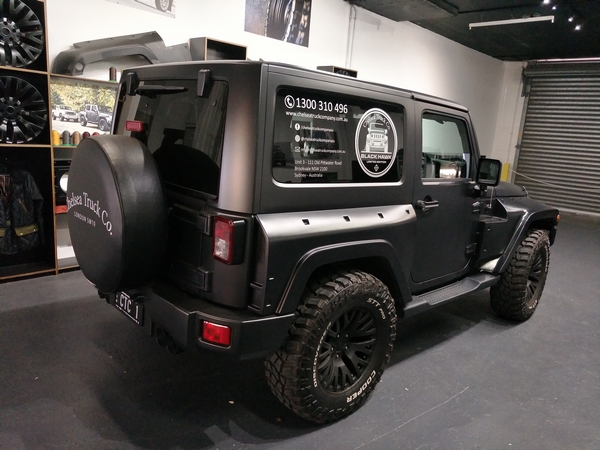 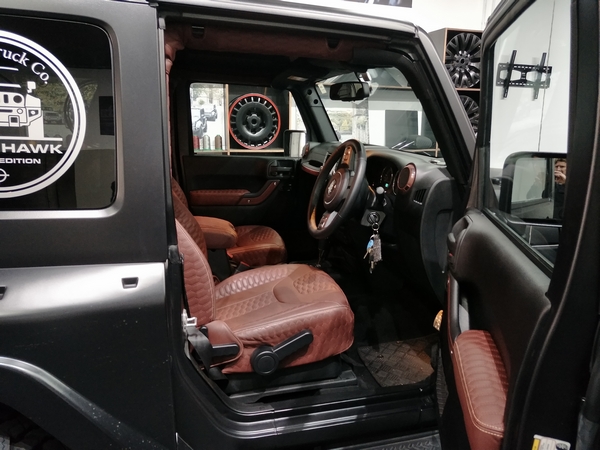 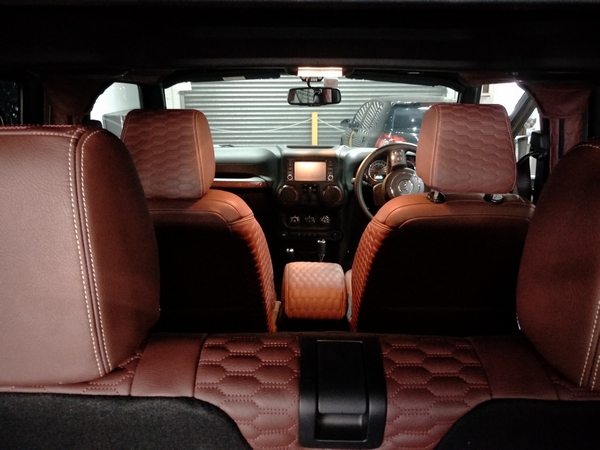 Originally displayed as a prototype at the 2016 Geneva Motor Show under the codename “Wide Track S”, the Chelsea Truck Company Jeep Wrangler Volcanic MBlack “Black Hawk” Edition was revealed to much acclaim.

To create the Black Hawk, British designer Afzal Kahn went back to the drawing board, reimagining each aspect of the classic Jeep Wrangler from the ground up.

Working with a direct supply of new vehicles from Jeep, he has created an innovative design which marries iconic American engineering with military-inspired British style.

The underlying philosophy has always been to exceed the standards of the original manufacturer, adding intrinsic value as well as improving the overall aesthetic.

With every component tailor-made and precisely engineered, the build quality is comparable to that of a fully coach built vehicle.