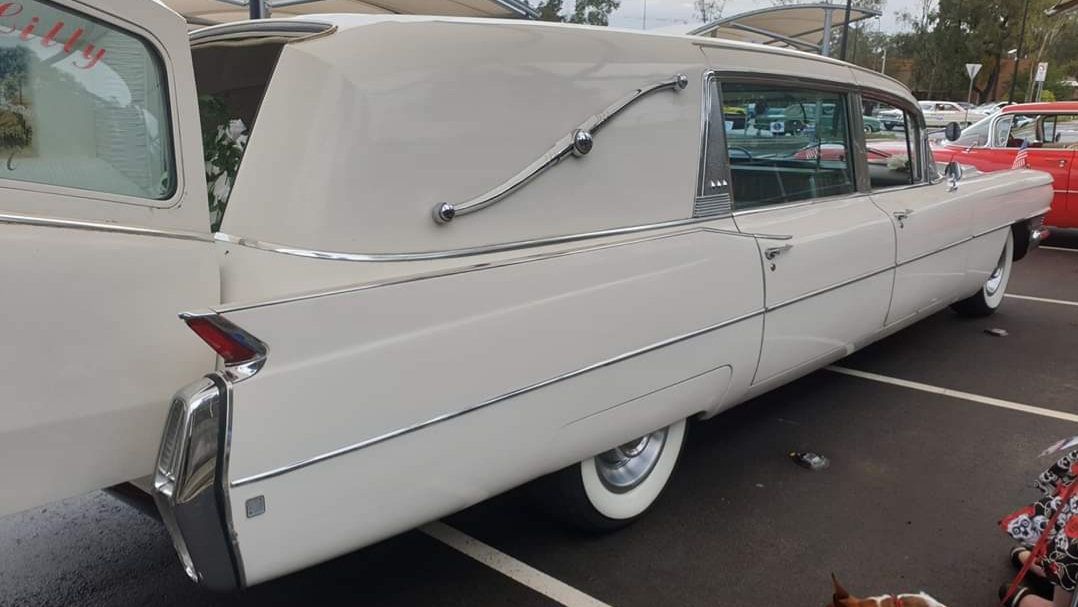 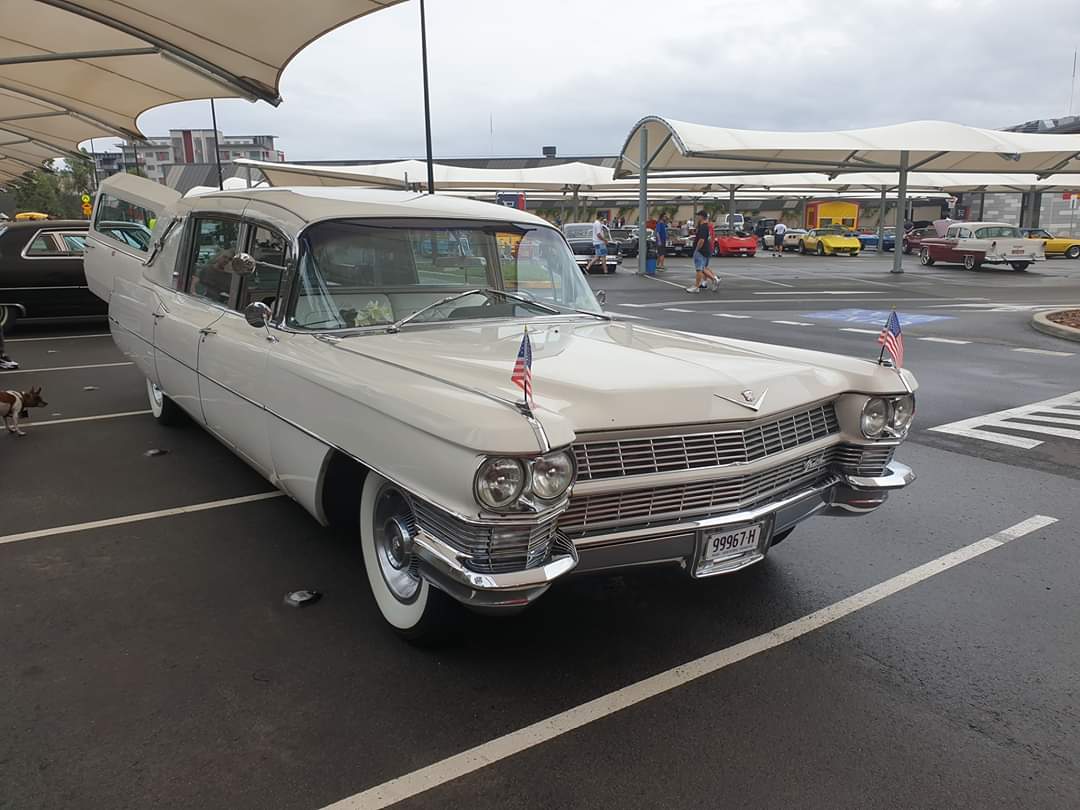 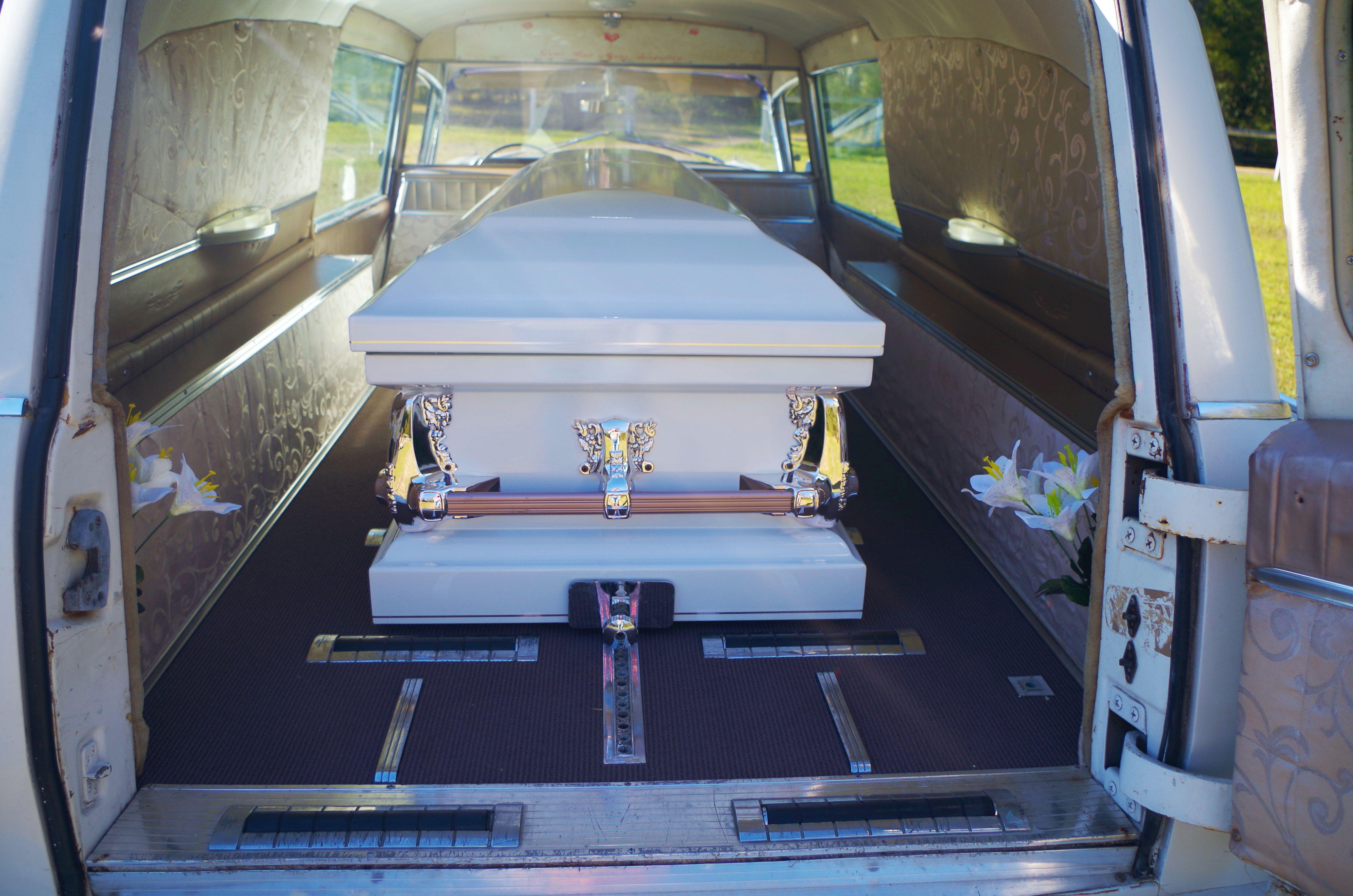 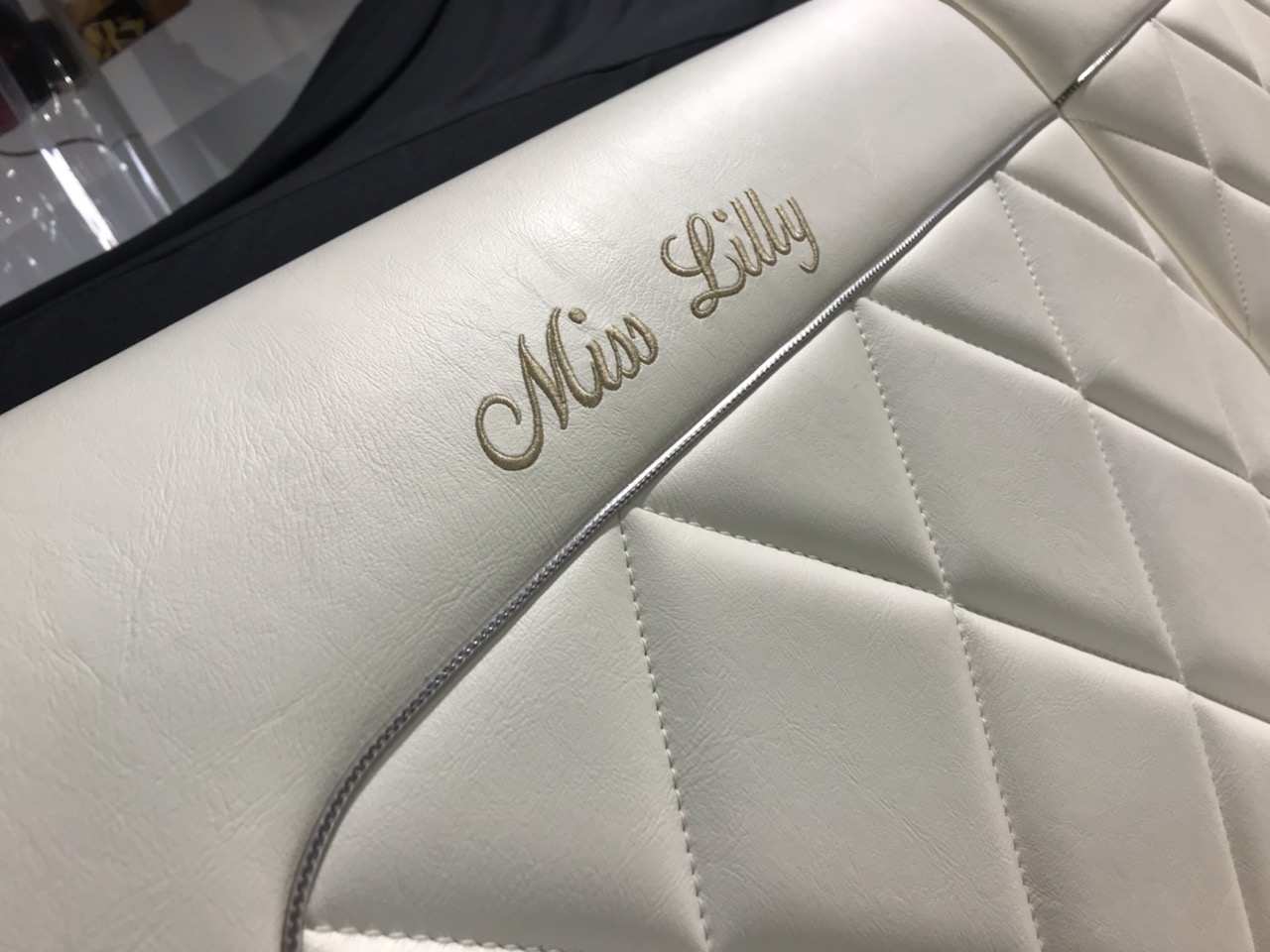 This is Miss Lilly. We are her fourth owners. She was first owned by Palm Mortuary is Las Vegas, USA, who she was built for. She worked there from brand new until going into storage at an unknown time. In 2007 she was placed up for auction next to her sister car, the Miller-Meteor hearse that took JFK from hospital to the airport, at a funeral convention in USA. She was purchased by an Australian couple in WA, imported to Australia, and was there until she was sold to a gentleman in VIC in 2014. That gentleman owned her until 2018 when my husband and I purchased her and drove her back to NSW without a problem. Miss Lilly had 7000 original miles on her when we purchased her. The couple in WA restored her gearbox, the gentleman in VIC restored her engine and suspension. The only thing we have had to replace is the float in the fuel tank and the bench seat. Miss Lilly is a 7 litre V8 and has a big american steel white and rose gold casket in her. She has power steering, powered brakes, and air-conditioning.

Hi, I am Justine, and my husband is James. We have a passion for all things vintage, but especially cars and machinery. We live on a farm north of Newcastle, NSW. We have four cars, three of those are vintage, four vintage tractors, a backhoe, a car float, a vintage WWII ammunition's trailer, two box trailers, a flatbed trailer with a vintage stationary engine and vintage flour mill bolted on, a vintage 1920's wheat drill, a vintage camper trailer, a vintage fold up small caravan, and two full bodied large vintage caravans.