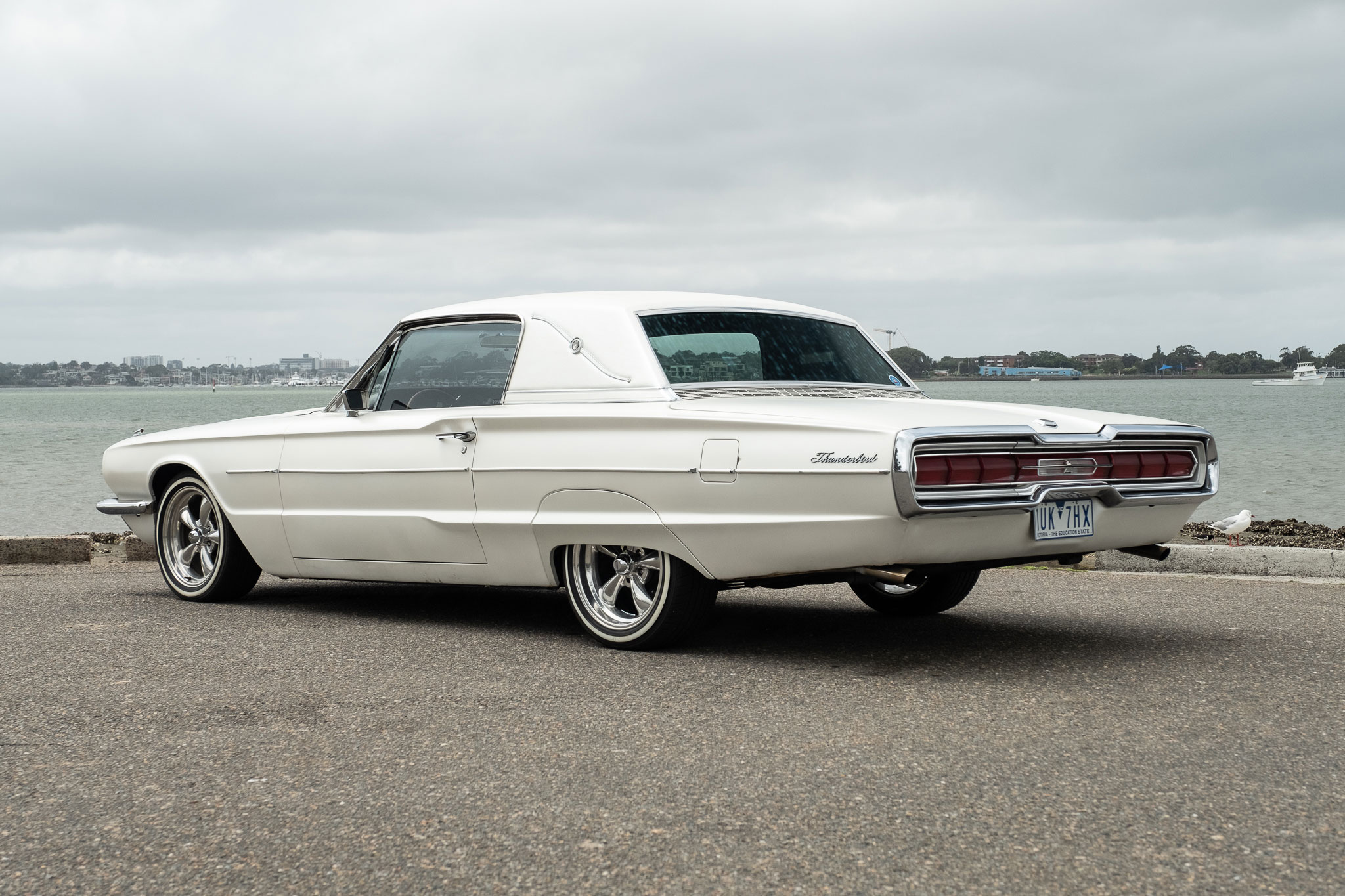 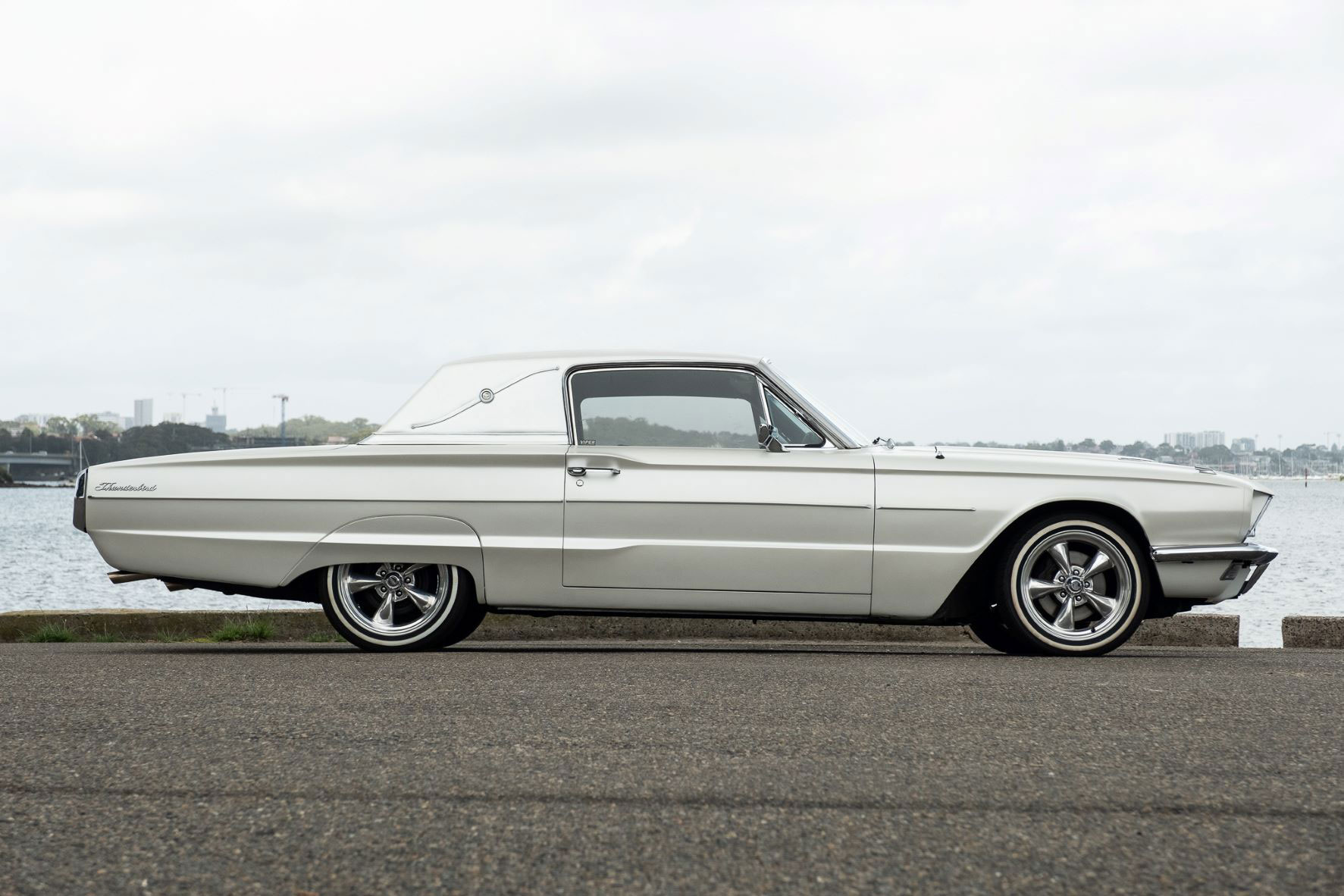 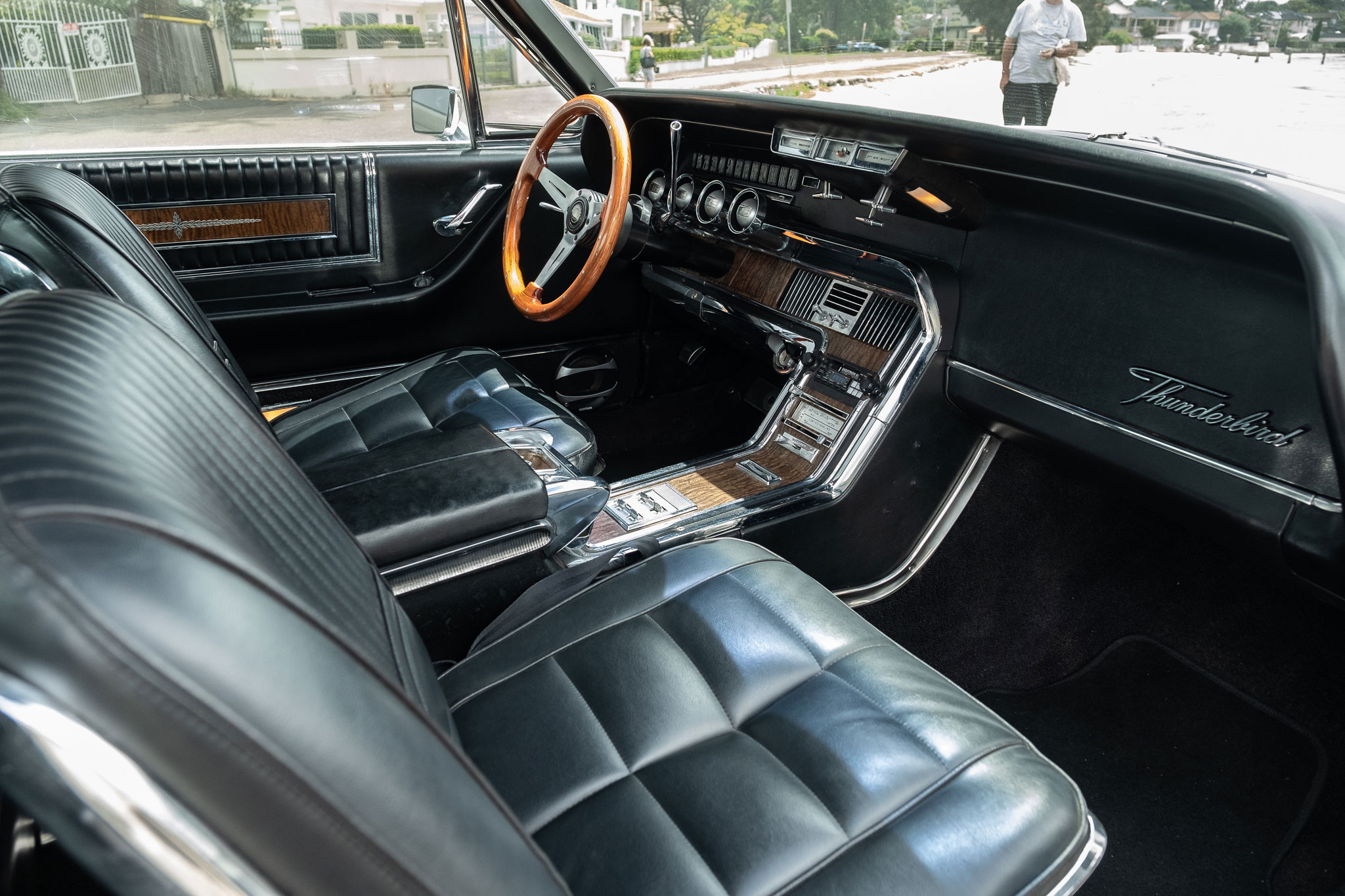 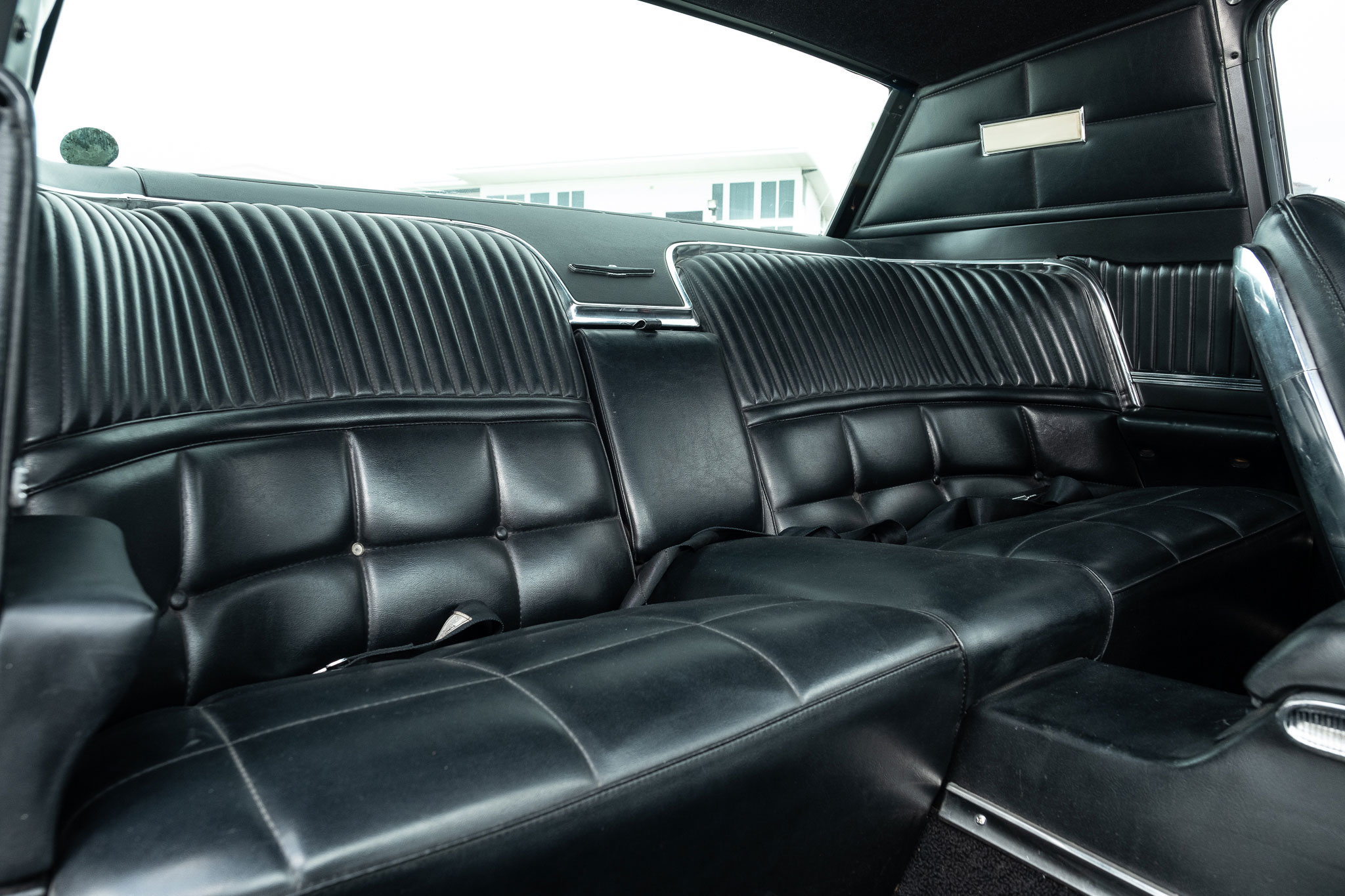 The fourth generation of the Ford Thunderbird is a large personal luxury car produced by Ford for the 1964 to 1966 model years. This generation of the Thunderbird was restyled in favor of a more squared-off, “formal” look. The only remnant of the Thunderbird’s former sporty image was the fact that the standard 390-cubic-inch 300 hp (224 kW) V8 engine needed nearly 11 seconds to push the heavy T-bird to 60 mph (97 km/h). The softly sprung suspension allowed considerable body lean, wallow, and float on curves and bumps. The revised model was initially offered as a hardtop, convertible, Sports Roadster with dealer-installed tonneau cover and wire wheels, and Landau with vinyl roof, simulated landau irons, and wood grain interior appointments. Several features intended for the new generation were delayed until 1965, when front disc brakes became standard equipment and sequential turn signals which flashed three bulbs in the broad, horizontal tail lights from inside to outside were added; the latter had been delayed by vehicle lighting regulations in the United States. Exterior trim was revised, including a new grille, Thunderbird emblem replacing the block letters on the front edge of the hood, simulated front fender vent trim, revised Thunderbird scripts now located on the rear edge of the quarter panels, and revised taillight lens trim and a single center emblem replacing the dual lens birds and block letters respectively.