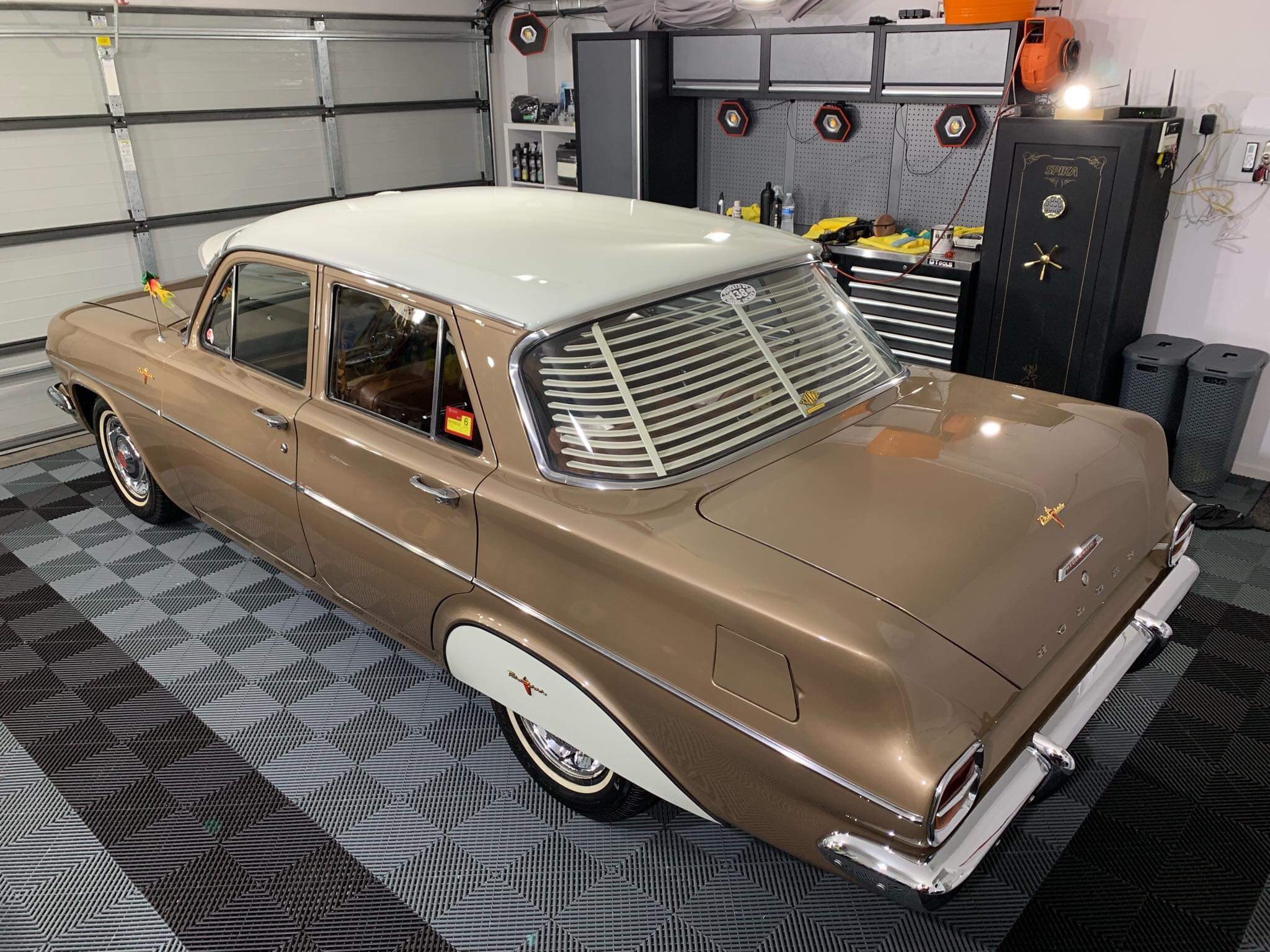 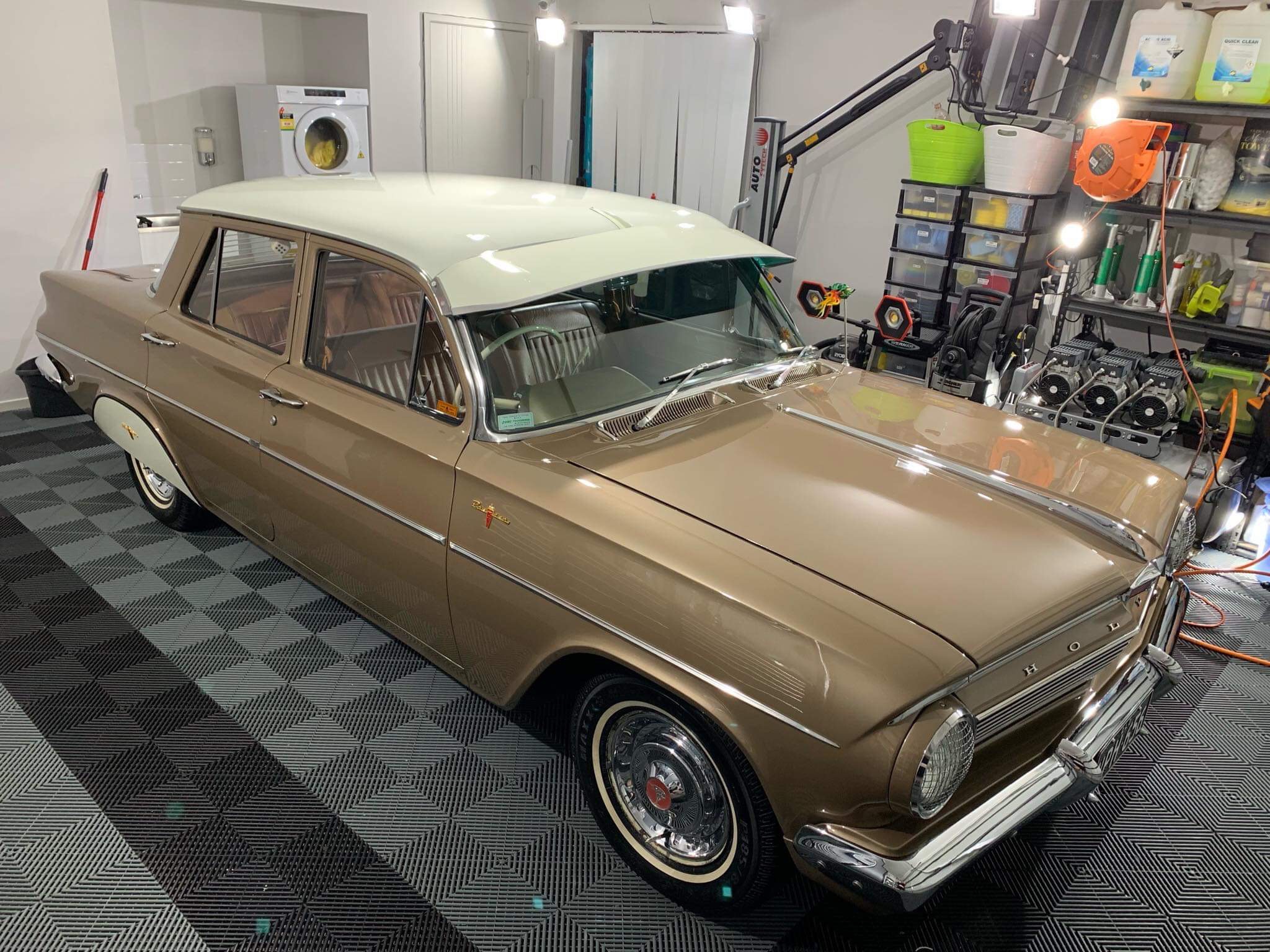 Meet Les named after the 3 rd owner.  – a 1962 EJ Holden Premier with 40,000 Miles on the clock for only the second time. Purchased from the 3rd owner in December 2008, I set about planing a fitting restoration for this very special model. In September 1962 Holden Australia GMH announced the 1 Millionth Holden was due of the production line in October and the car to celebrate would be a EJ Holden Premier in Euro Gold.

Enjoying driving until late 2011 I decided Les would be a keeper in our family and restoration time began. The interior as it is today was largely untouched and stored safely for the next 2 years.

Australia Day 2013 Les hit the road after a complete “Top Chassis” rebuild with every detail considered. Driven 3-6 times per year Les is kept dry and covered in a garage, when Les hits the road thumbs up from pedestrians and other drivers is a regular site along with people who go down memory lane starting the conversation with….. “My Grandad had a green Ej Premier and gee…….”

That’s my favorite part of owning Les the enjoyment he brings others.